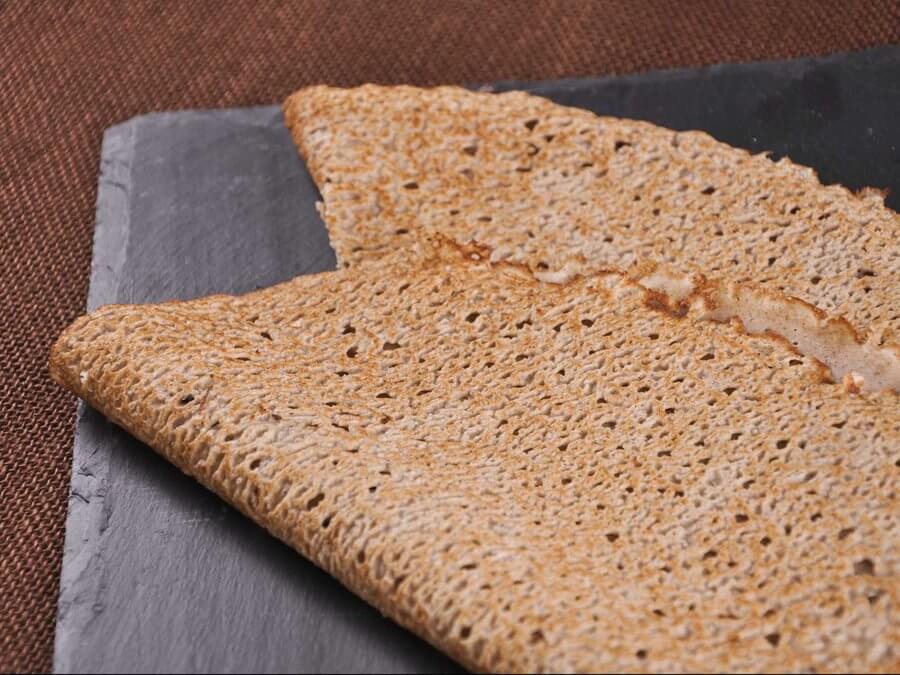 Typically French, crêpes or French style pancake are enjoyed at meal or tasting, salty or sweet they make the happiness of small as large.

To designate salty French pancakes: we speak of cake with wheat or cake with buckwheat or black wheat.

To designate sweet French panckakes: we speak of pancakes.

On 2 February we celebrate Candlemas (candlelight celebrations). It is a Feast of Catholic tradition.

Candlemas commemorates the presentation of Jesus in the Temple, forty days after his birth and his recognition by Symeon as “Light of Israel”.

It was in 472 that it was associated with the “candles” (hence its name) by Pope Gelasius I who, first, organized on February 2 processions with torches. Taking the Church’s account of the pagan rites of the “Roman parentalia” and the “lupercales” dedicated to the god Pan. He offered to the pilgrims to thank them for their coming “forgetfulness” (name of the time) or pancakes (crispus, undulating in Latin).

In the peasant world, February 2 also symbolizes the exit of winter and the return to agricultural work. The blessed candles were preserved by the superstitious peasants who rekindled them in order to protect the future crops.

Over time, the pancakes also became a testimony of the allegiance of the farmers to their lords, who were offered each year.

It is also said that pancakes, with their round, golden form, recall the solar disk, evoking the return of spring after the dark and cold winter.

Thus would be born the tradition of pancakes on 2 February under the name of Candlemas.

How to taste French style pancakes:

French style pancakes can be enjoyed at meals or snacks, sweet or salty.

A tradition dating back to the end of the fifth century and linked to a rite of fertility, consists in blowing up the french pancakes with the right hand holding a piece of gold in the left hand so that the french pancake landing in the pan. This tradition was to be carried out with flour from the previous year for prosperity throughout the year. The first french style pancake made was to be kept in a cupboard for the next harvests to be abundant.

Today French style pancakes are tasted in different ways according to the tastes of each.

There are so many different varieties of French style pancakes (soufflé, thick, rolled, folded, fine, crisp …) that there is not a single way to taste them.

The Breton tradition wants us to drink cider with the French style pancakes (crêpes).

The first patties appeared 7000 years before D-C. The buckwheat, or black wheat, made its appearance in France in the 12th century when the Crusaders returned, to which one owes the importation of this plant of Asia. Buckwheat is not wheat or cereal. It belongs to polygonaceae such as sorrel or rhubarb.

For about 50 French pancakes

For about 50 French pancakes