Do you dream of making delicious American cookies, soft on the inside and crispy on the outside? You’ve come to the right place. I will unveil my recipe for the perfect cookie, in my opinion.

The recipe for my chocolate cookies is quick and easy to make. The cookie dough freezes very well.

The advantage of this recipe is that the cookie dough holds together well. You will have the same result (shape and size) before baking and after baking. So no surprise!

This recipe comes from Delaware. It was given to me by the back of his correspondent. I put in the CM2. She is more than 120 years old. It’s THE cookie recipe that I use mostly car it and the more value to me.

The English word “cookie” comes from the Dutch word “koekje” (little cookie), introduced in the United States by the Dutch settlers of New Amsterdam. It is a generic term used in North America to refer to all kinds of dry cookies. In other English speaking countries they use the word “biscuit.”

In the 1930’s, Kenneth and Ruth Wakefield bought an old toll station called The Toll House Inn. They made it into an actual inn. It was located in the Boston area, midway between Boston and New Bedford, on the outskirts of Whitman, Massachusetts.

Ruth prepared delicious meals, based on traditional colonial recipes. Her incredible desserts attracted many customers from all over New England.

One day while she was preparing a batch of butter cookies, she added a chocolate bar (semi-sweet from Nestlé) broken into small pieces, thinking they would mix with the dough.

To her surprise, the chocolate kept its shape and had a delicate and creamy texture. It had immediate success with the customers. A Boston newspaper published the recipe. Soon Nestlé chocolate bar sales skyrocketed. Nestlé and Ruth entered into an agreement authorizing the publication of the recipe for the “Toll House Cookies” on the packaging of their bars. The agreement also stipulated that Nestlé would supply all the chocolate that Ruth would need for her cookies, until the end of her days. She died in 1977. The Toll House Inn was sold in 1960 and burned in 1984.

World War II, and the mingling of all the soldiers from different states of the United States, spread this recipe from New England around the world as these cookies were a delicious source of energy and kept very well. 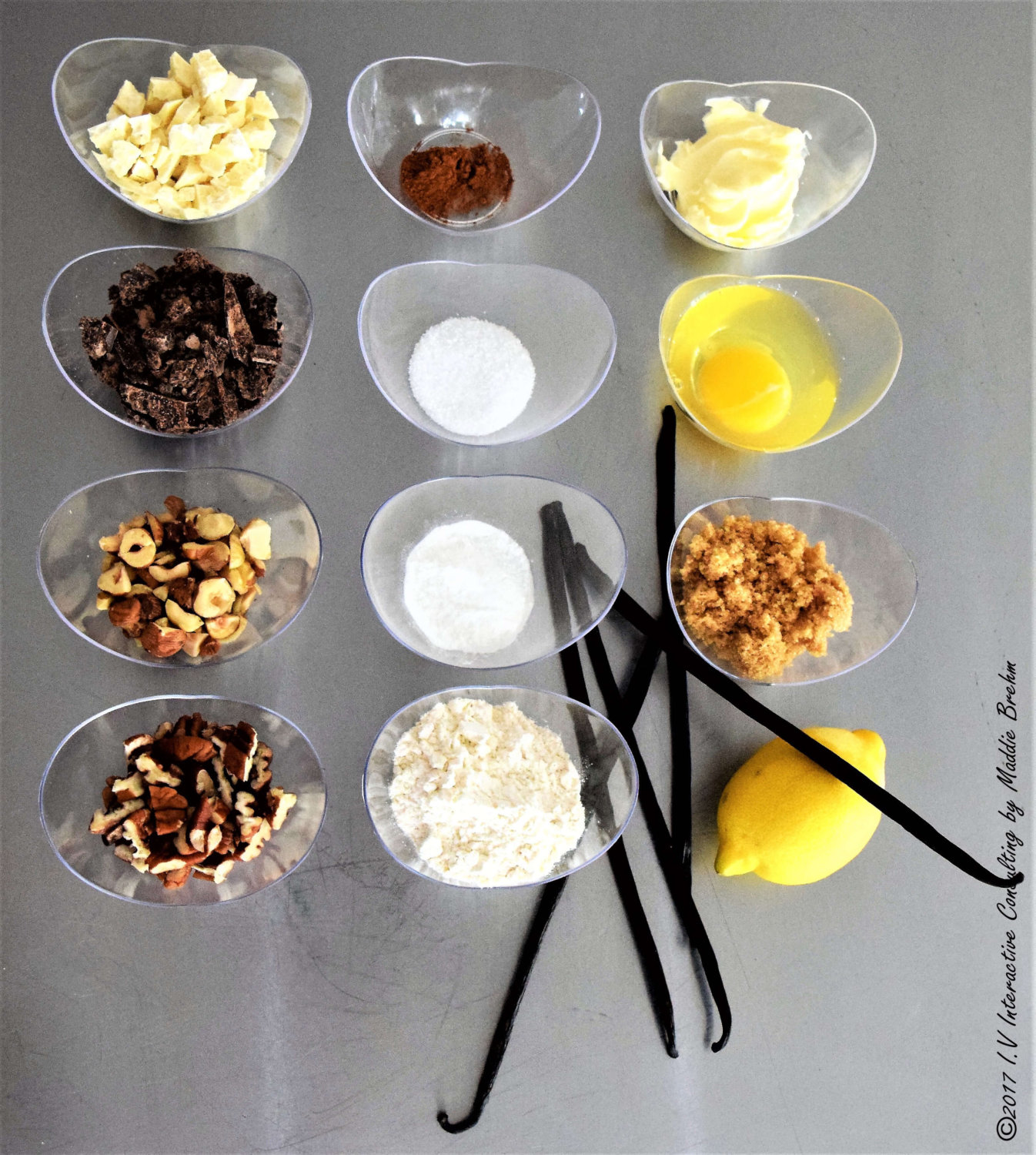 Mixing of butter, sugar and salt

Stir in chocolate and dried fruit