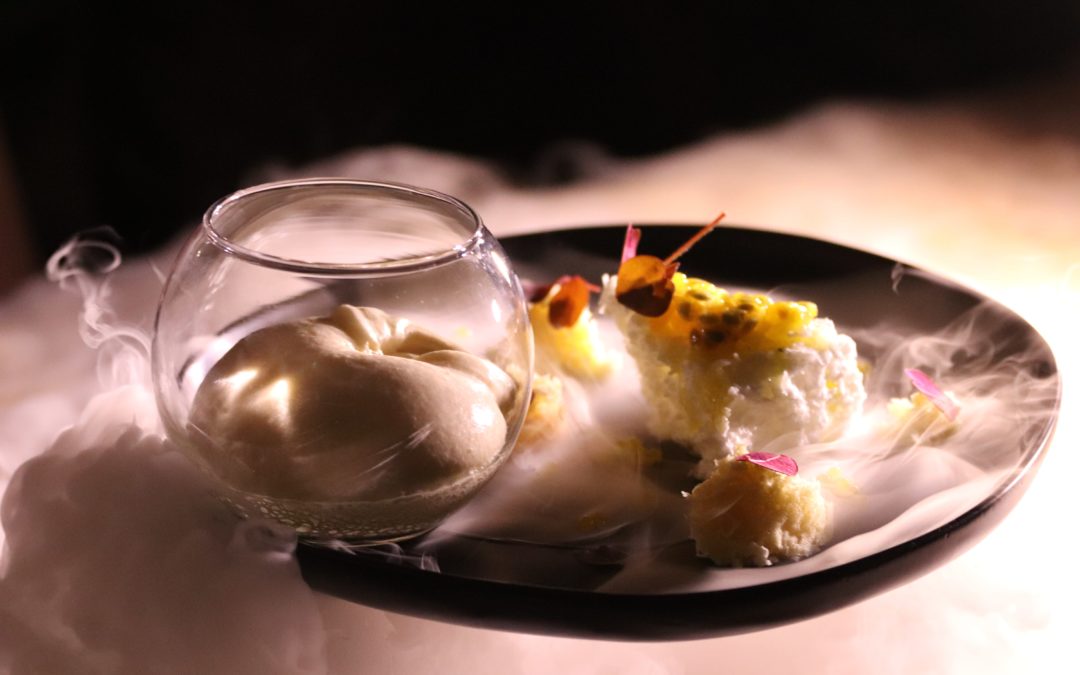 Molecular cuisine is the meeting between culinary art and science. The chefs rework blends and textures of foods known to create all new flavors.

The culinary field is born from the meeting in the 80’s two scientists passionate about cooking. Nicholas Curtis, physicist and Hervé This, physical chemist, who introduced the concept of “molecular gastronomy”.

They tried to understand the mechanisms culinary food to create new dishes. Initially, the idea, from a scientific point of view, is simple: by scientifically proving the best ways to serve food, of course the chefs were quick to seize this science to the mix with their culinary art.

In recent years, this practice was initially extended to restaurants and in the general public’s kitchens.

Molecular gastronomy is a sub discipline of food science that seeks to investigate the physical and chemical transformations of ingredients that occur in cooking.

Molecular cuisine is a modern style of cooking, and takes advantage of many technical innovations from the scientific disciplines.

consists of a controlled jellification of a liquid which forms spheres when submerged in a bath. The spheres can be made of different sizes and have been given names like caviar when they are small, eggs, gnocchi and ravioli when they have larger size.

The resulting spheres have a thin membrane and are filled with the flavored liquid. A slight pressure of the mouth on the sphere makes it burst and release an amazing explosion of flavor. The spheres are flexible and can be carefully manipulated.

It is possible to introduce solid elements in the sphere which will remain in suspension in the liquid giving the possibility of introducing multiple flavors and textures in one preparation.

The use of foam in cuisine has been used in many forms in the history of cooking. For example, whipped cream, meringue, and mousse are all foams. In these cases, the incorporation of air or another gas creates a lighter texture and/or different mouth feel.

More recently, foams have become a part of molecular gastronomy technique. In these cases, natural flavors (such as fruit juices, infusions of aromatic herbs, etc.) are mixed with a neutrally-flavored gelling or stabilizing agent such as agar or lecithin, and either whipped with a hand-held immersion blender or extruded through a whipped cream canister equipped with nitrous oxide cartridges. Such foams add flavor without significant substance, and thus allow cooks to integrate new flavors without changing the physical composition of a dish. Some famous food-foams are foamed espresso, foamed mushroom, foamed beet and foamed coconut.

An espuma or thermo whip is commonly used to make these foams through the making of a stock, creating a gel and extruding through the nitrous oxide canister.

Therefore, was born the molecular cuisine. A new world in the culinary galaxy.