What is a M.O.F (Meilleur Ouvrier de France)? 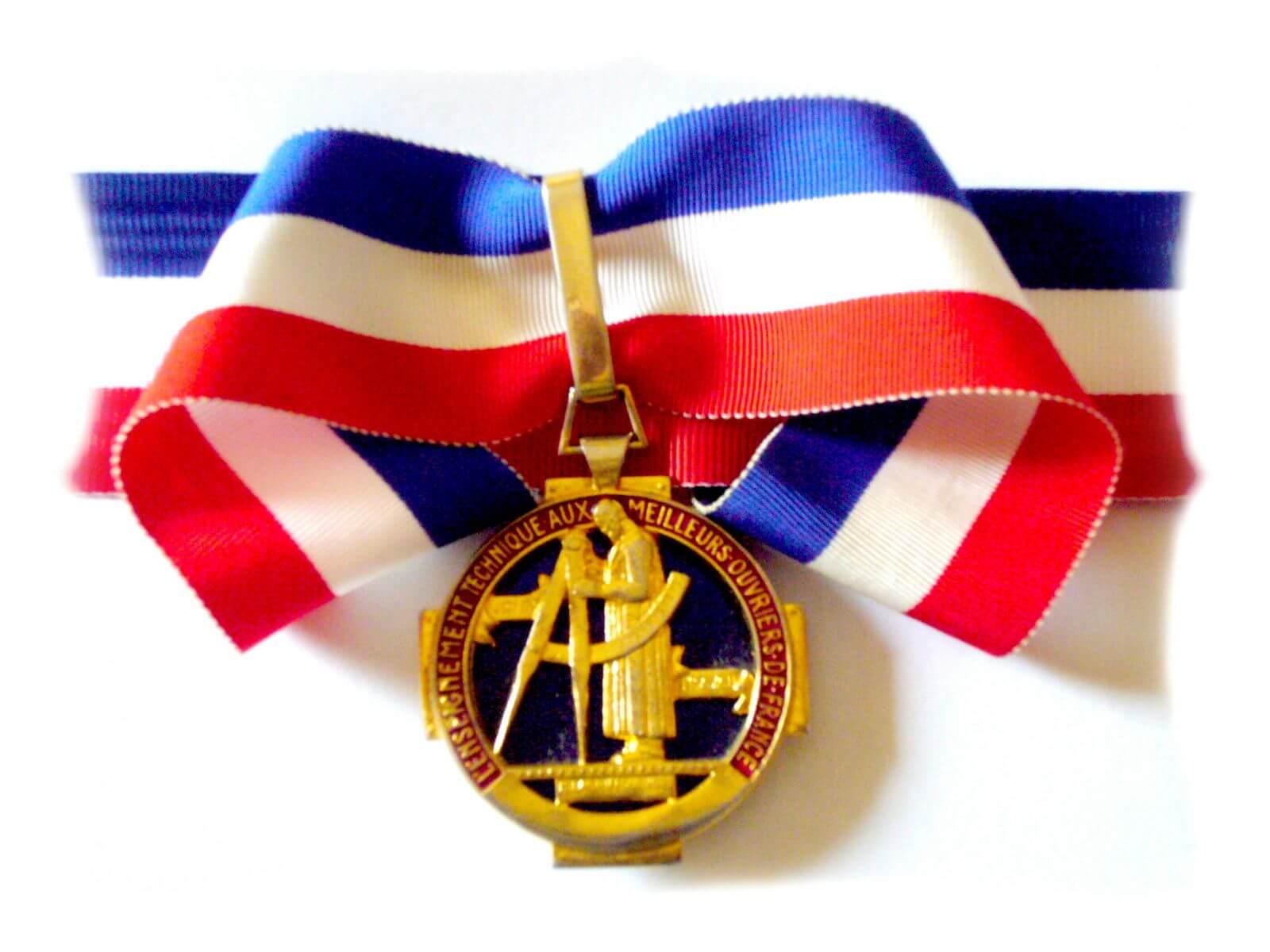 The competition Meilleur Ouvrier de France shorten to (MOF) (One of the Best Craftsmen of France) is held every four years since 1924. It is, for several trades of crafts, to honor excellence and expertise. The restoration is of major significance. Leaders who have graduated from MOF feature a blue-white-red collar at their kitchen jacket.

The competition is divided into 16 occupational groups: restaurants and hotels, construction and architectural heritage, industry, clothing, jewelry, music, food … and each group is divided into several classes. Thus, the catering and hotel group branches into six classes: Kitchen-gastronomy; Master hotel, service and tableware; sommelier; bartender; governing (e) hotel services; and receptionist in hospitality. There are also, depending on the year, a cheese producer class.

In this competition, the candidate is given a certain amount of time and basic materials not only to create a masterpiece, but to do so with a goal of approaching perfection. The chosen method, the organization, the act, the speed, the knowhow and the respect for the rules of the trade are verified by a jury just as much as in the finals result. The winning candidates retain their title for life, with the indication of the specialty, the year following the one in which they obtain the title. This prestigious title is equally recognized by professionals and the greater public in France, particularly among artisan-merchants such as pastry makers, hairdressers, butchers, jewelers, and others whose trades are recognized, particularly those for more luxurious goods.

Qualitative tests take place before the final. This time, in the kitchen, the chefs faced practical and theoretical tests in May and October. For the finals on two days, the candidates had to achieve two charged plates and two semi-free dishes.

This competition requires months, sometimes years, of preparation. Technical skills, innovation, respect for traditions and other aspects are all practiced repeatedly to a level of refinement and excellence, effectiveness and quickness to succeed and be crowned by the jury.

The awarding of medals occurs at the Sorbonne, in Paris, during a large reunion followed by a ceremony at the Élysée in the presence of the President of the French Republic.